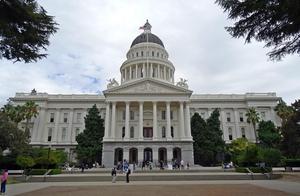 Here is the update we got today. Important information can be found in the link, "handout" comparative tables which easily shows what may happen with and without additional federal funding support.

Take care,
Robin
"In an important budget hearing today, the State Assembly followed through on the announcement, that we reported on yesterday, that the State Senate and the Assembly had agreed on a joint budget plan. As more details came out during that hearing, the important conclusion became clear – the joint Legislative budget plan goes further in protecting K-12 education funding than was the case with the May Revision.
Prop 98 and K-12 School Funding
A key distinction from the Governor’s May Revision is that the Legislature plans to provide a level of funding above the minimum Proposition 98 Guarantee by $2.7 billion, even if additional federal funds are not available. The Legislature does not plan on making any direct cuts to K-14 education; instead the Legislature would implement an additional $5.3 billion in deferrals to backfill the loss in potential federal funds. As compared to the May Revision proposal to make more than $7 billion in direct cuts to LCFF and categorical programs in 2020-21, the Legislature’s plan sets a 2020-21 Proposition 98 Guarantee going forward that is $8 billion higher than the Governor’s. This is an important advantage for K-14 education in terms of calculating the Guarantee for future budgets, as well as the obvious immediate benefit.
In terms of more detailed pieces of the Legislature’s preK-12 budget, the following are included:
In addition, the Legislature’s budget extends the SB 117 hold-harmless on ADA to 2020-21, and adopts a number of short-term flexibilities (e.g., easier interfund borrowing and use of proceeds from the sale of surplus property). It is clear, however, that additional advocacy on flexibility issues will be needed to deal with the issues that LEAs will face during the economic downturn and related to the reopening of schools.
The Legislature has also taken a different approach to how those federal funds, that have already been allocated to California, will be distributed to LEAs. In the interest of minimizing information overload in this update, we will be providing a separate update that reviews both the May Revision and the Legislature’s approach to allocating those funds received in the form of the federal Coronavirus Relief Fund, the Governor’s Emergency Education Relief Fund, and the Elementary and Secondary School Emergency Relief Fund.
Overall Approach to the Budget and Update on Process
The Legislative Analyst noted that the Legislature is able to provide this improved budget proposal because it makes the following three specific approaches that are different from the May Revision:
Today’s hearing held by the Assembly Budget Subcommittee No. 6 on Budget Process, Oversight, and Program Evaluation, chaired by Assembly Member Phil Ting who is also the Chair of the full Assembly Budget Committee, included analyses by the non-partisan Legislative Analyst’s Office (LAO) and by the Department of Finance (DOF). It also gave Assembly Members a forum for stating support of the joint plan, as well as to ask questions of DOF (with a slight critical edge) concerning issues in the Governor’s May Revision. A hearing handout was provided to the Subcommittee by the LAO. In addition, a more detailed Assembly Floor Report, summarizing the joint budget plan, was produced by the Assembly.
As expected after yesterday’s announcement, the overall architecture of the plan very closely reflects the budget package adopted by the Senate Budget and Fiscal Review committee in their hearing last week. We provided an extensive review of that package in an update that you received on Thursday, May 28.
The Legislative Analyst again noted that there are more similarities than differences between the May Revision and the joint Legislative plan, especially in terms of assumptions about available revenues and reliance on future additional federal relief funds. However, there is a fundamental difference in how the budget relies on those federal funds. The Legislature assumes that the $14 billion in federal funds discussed in the Governor’s May Revision will be forthcoming, but includes budget trigger language that would impose solutions (that do not rely primarily on direct cuts) if those funds don’t materialize. The Governor instead assumes that those federal funds are not in hand and imposes cuts, but rescinds those cuts in the event that federal funds arrive later.
If federal funds are forthcoming, then the joint plan and the May Revision are relatively similar, though the Legislative version would end the 2020-21 fiscal year with higher level of reserves, and would provide additional funds to counties and to higher education (though those funds are subject to trigger reductions). If the federal funds do not materialize, then the differences between the two plans are very pronounced. For example, the Legislature’s plan draws down more of the state’s rainy day fund (the Budget Stabilization Account) created by Proposition 2, and relies much more on deferrals, both at the state level (e.g., moving the state’s CalPERS contributions and the state payroll from late June to July) and at the local level.
Now that this joint Legislative budget plan is agreed upon, we expect that the “Big 3” conversations among the President Pro Tempore of the Senate, the Speaker of the Assembly and the Governor will begin. In fact, during today’s Subcommittee hearing, one Assembly Member implied that those meetings had already begun. It is in those negotiations that the differences between this plan and the Governor’s May Revision will be resolved. Remember that the Legislature is required to approve a balanced budget and submit that budget to the Governor by the June 15 Constitutional deadline; to that point, the Assembly Floor Report made the clear statement that, “The Legislature will meet the June 15 deadline to pass a balanced budget bill.”
We will continue to track developments on the budget, and will provide you with further updates as soon as additional information is available. In the meantime, and as always, if you have any questions feel free to contact any of us at Capitol Advisors."
Thanks,
-Gerry
Gerry Shelton
Partner
Capitol Advisors Group